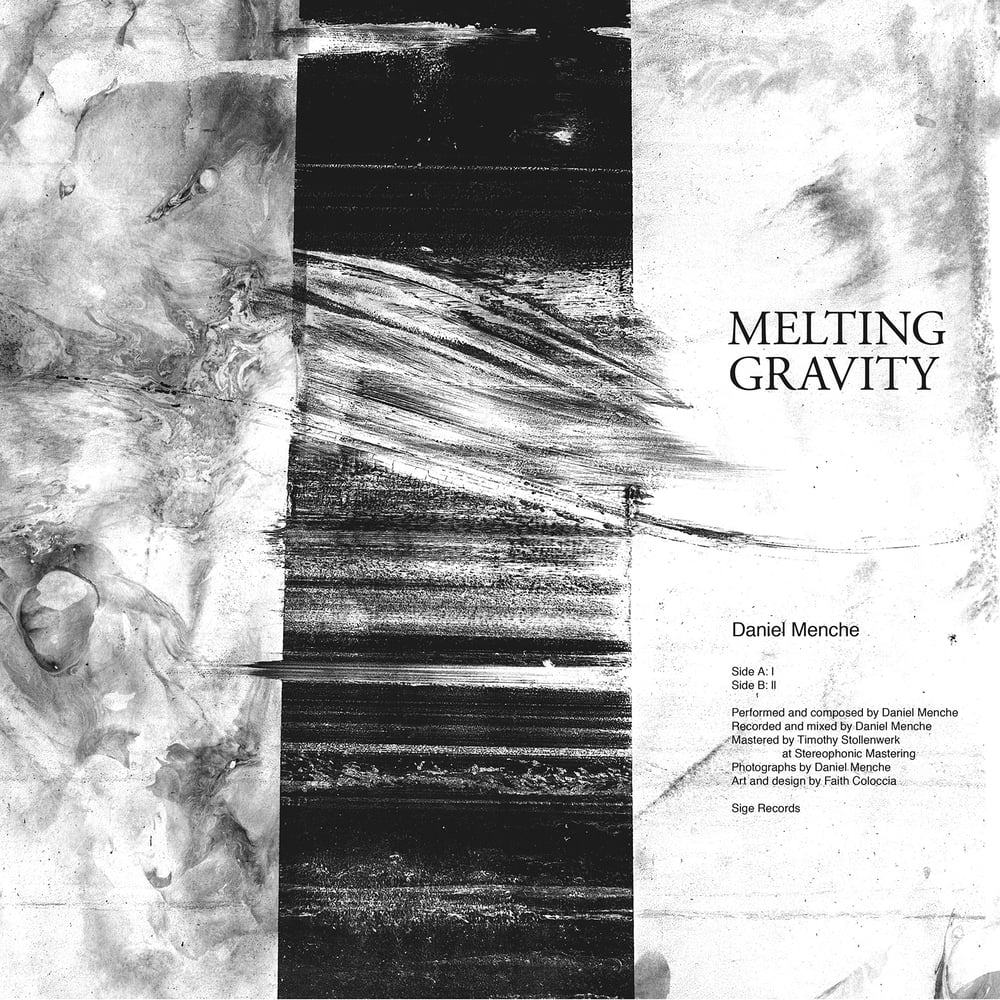 Daniel Menche follows up his triple CD opus Sleeper with the razor drone constructs of Melting Gravity. Hailing from Portland, Oregon, Menche is an iconic musician with three decades working with intense noise, immersive ambience, and turbulent field recordings. With Melting Gravity, Menche continues to carve his spot as a figurehead in the experimental community.

The title of Melting Gravity refers to an allegory on the human pursuit of transcendence with all of its connotations to weightlessness, ascension, flight, out-of-body experiences, and just getting high. Gravity, on the other hand, becomes that which negates and nullifies those transcendent pursuits. In the context of this particular allegory, gravity is the devil. Music, long a vehicle aimed towards transcendent ideals, becomes the weapon to defeat gravity, to defeat the devil. Daniel Menche wields the weapon of music in composing the mercurial grandeur that is Melting Gravity.

Implementing an elegant arc of acceleration and dissolve, Menche presents a slow-motion tumble of drones from his signature manipulation of FM synthesis, oscillators, and sustained tones from various stringed instruments. The tangles and tendrils of these extended frequencies are bright and liquid, rich in harmonic complexities though mottled with a scrap metal discord. Menche balances these slippery, luminous overtones with a dub-inspired lattice of recursive bass tones. Read as an industrial mantra or as amplified minimalism, Melting Gravity stands as an exemplary work in Menche’s storied catalogue of recordings.

Daniel Menche’s lengthy discography contains over 60 albums, many of which have been published by some of the most esteemed experimental record labels. Over the years he has worked with Editions Mego, Sige, Touch Music, Alien8 Records, Ash International, Utrecht Records, and many others. He has collaborated with Mamiffer, Andrew Liles, KK Null, John Wiese, Aaron Bradford Turner, Joe Preston, Anla Courtis, Zbigniew Karkowski, Kiyoshi Mizutani, and Kevin Drumm. He has performed extensively in North America, Japan, Europe, and Australia.